The Evolution of ARM Processors: Are You Ready?

2020 was a big year for ARM-based processors. Not only did Apple introduce the M1 processor family in November 2020, but NVIDIA announced that it intends to acquire Arm itself, pending regulatory approval across numerous countries. 2021 turned out to be just as big, with Apple announcing the M1 Pro and M1 Max. Among all these big announcements, other ARM-related news went public with less noise, yet those news-worthy items are sure to also have a big impact on cloud computing in the future.

In late 2018, AWS launched the first “Graviton” instances. This processor was designed by AWS based on ARM architecture. December 2019, Graviton went into its second generation and on November 30, 2021 the third generation of Graviton was introduced at AWS re:invent.

MainConcept support for Linux on ARM

With all the work that went into ARM at MainConcept—porting our SDK product line to Windows and macOS in 2020, it was a logical step for us to support Linux on ARM, opening new horizons for our partners and enabling new devices. MainConcept SDKs for Linux ARM were released in August 2021, using the same API as on x86, enabling seamless transition of all applications to ARM.

We will look at the performance of our SDKs on Graviton 2 in detail in a webinar on December 9. In a nutshell, though, I have to say that we were impressed by the benchmarking results we got for ARM. Before drilling down on this topic, let’s take a look at some of the challenges that come along with comparing processor architectures.

Challenges in comparing x86 to ARM

So, how to perform a fair comparison then? Well, for us at MainConcept the most efficient way was to use our own software and simply run it with the same task on the different platforms. Our initial tests were performed using a typical transcoding chain from AVC/H.264 Video to AVC/H.264 Video. The comparison was performed on AWS instances. For x86, we chose c5.4xlarge (16 cores, 32 GB RAM) and for ARM we chose Graviton 2 c6g.4xlarge (16 cores, 32 GB RAM) with a typical XAVC Long GOP HD workflow (1080p at 35 mbps, 4:2:2 Chroma sampling, Long GOP).

We were extremely pleased to see that not only the CPU utilization of both architectures was very comparable, but also the resulting transcoding speed was very close between the two platforms.

Of course, there are more options than just AWS to embrace Linux on ARM-based platforms. Probably the most well-known computing device in this field is the Raspberry Pi. Inexpensive, small, yet equipped with ARMv8 processors and, since Model 4B, also with enough RAM to reasonably process video—albeit not as powerful as a Graviton-based AWS instance. These devices may open up completely new applications for video processing on the edge, be that in surveillance, home security, quality control or other situations that require a small form factor and inexpensive devices. MainConcept SDKs can now be utilized on this platform too.

Get Ready for ARM

It seems that ARM is popping up everywhere. Coincidentally, while writing this blog post, a news headline flashed into my feed; GIGABYTE, a well-known Taiwanese manufacturer known for servers and desktop workstations, introduced a new line of ARM-based servers. This new product line may pave the way to additional on-premise installations and “private clouds” leveraging ARM for production.

If you have questions, contact us today or feel free to bring your question to our live webinar. 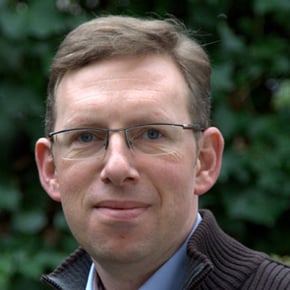 With a prolific background spanning three decades in video post-production and software product management, Nick Otto serves as MainConcept’s product manager for Codec SDKs and the HEVC Codec, where he works closely with engineering, marketing and sales to identify new projects and bring new technology into the video industry, while maintaining close relationships with many of MainConcept’s key customers. After completing his diploma in Electrical Engineering studies at Fachhochschule Wiesbaden, Nick Otto actively pursued opportunities for hands-on experience in the post production industry to develop his knowledge of workflows in broadcast as he worked with multiple broadcasting outlets, technology vendors and technology infrastructures.

For almost 30 years, MainConcept® codecs have been renowned in the broadcast industry for excellent quality, impressive ...
Start Reading