From 23–25 August 2022, MainConcept® will showcase an exciting preview of our latest innovations in the Fraunhofer booth (#63) at SET Expo in Sao Paulo.

What are the Next Big Advancements in Video and Audio Encoding?

The next big things in video and audio encoding are, without a doubt, VVC (Versatile Video Codec) and MPEG-H Audio. At MainConcept, we have had and been part of numerous discussions about current and future technologies, such as HEVC/H.265, AV1 and, of course, VVC. As the de facto successor of HEVC, the next-generation codec VVC has been designed for both broadcast and OTT streaming workflows—offering the highest quality video even under limited network bandwidth conditions. Looking at VVC from this perspective, it is the perfect codec for 8K content distribution. The VVC specification was finalized in August 2020 by the Joint Video Experts Team (JVET) which is comprised of experts from the VCEG (Video Coding Experts Group) of the ITU-T Study Group 16 and the MPEG working group of ISO/IEC JTC 1/SC 29. It was adopted by ITU as H.266 and is now starting to enter the market.

A highly efficient video compression codec should also be accompanied by an audio format that provides an extraordinary user experience. With MPEG-H Audio, users get a next-generation sound format featuring interactive and immersive audio. In a joint collaboration, MainConcept and Fraunhofer IIS will show the benefits and flexibility of MPEG-H Audio and VVC encoding to a wider audience at the SET Expo tradeshow.

Who Has Adopted the New VVC Standard?

The SBTVD (Sistema Brasileiro de Televisão Digital) Forum in Brazil was among the first organizations to adopt VVC (ISO/IEC 23090-3 or MPEG-I Part 3) as an official Digital TV standard. VVC will be deployed in Brazil’s TV 3.0 broadcast standard officially launching in 2025. Other groups such as the European DVB (Digital Video Broadcasting) consortium are currently considering using VVC codec technology. VVC is in its early days and demand will grow considerably as it is rolled out in more regions, subsequently leading to OTT and professional adoption as well.

VVC is expected to offer about 40% better compression efficiency over HEVC,1 which makes it the perfect standard for 4K (UHD), 8K and beyond. If your workflow is focusing on quality, VVC provides enhanced visual quality while using the same bitrate as HEVC or AVC. However, if you are more concerned about quantity, VVC allows you to significantly reduce the bitrate to obtain the same quality as its predecessor codecs. This results in transmitting more channels in parallel, significantly reducing costs.

Our team of expert engineers has integrated the MainConcept VVC Encoder into our Content Creation Lab to show file-based transcoding as well as real-time playback so you can understand the extraordinary quality of the exciting new codec innovation. And, you can now pre-register for our VVC SDK beta, launching this September.

What is the Next Generation of Audio?

Developed by Fraunhofer IIS and the Moving Picture Experts Group, MPEG-H, an immersive, object-based audio format for numerous markets such as broadcast, streaming and VR is destined to be the next shining star of the audio world. It is already included and deployed by many TV standards worldwide like ATSC 3.0, DVB, SBTVD and TTA (Telecommunications Technology Association, Korean TV).

MPEG-H delivers an immersive and personalized audio experience, allowing the listener to hear audio as if they were there. With supported headphones, it tracks head movement, keeping the sound pinned to the point of origin rather than shifting away from it, vital to not only for VR, but a multitude of other scenarios. This makes MPEG-H Audio the format of choice for personalized sound that enables you to mix or choose different audio objects, define or change the objects’ spatial position, adjust dialogue or a commentator’s volume, select different language tracks, and so on. All of these features are enabled through MPEG-H metadata, defined during the production of the content. This metadata can be stored in an MPEG-H Control Track—created by dedicated MPEG-H Authoring Tools—which is a separate PCM audio track that includes all required information to enable the advanced features of MPEG-H Audio.

The Control Track provides broadcasters with the opportunity to precisely program each interactive feature they want to share with the consumers. The big advantage is that the immersive audio features can be played back by any multi-loudspeaker configuration or even over headphones that support the MPEG-H Audio standard. This is particularly effective for experiencing sporting events—creating a feeling of being in the middle of the action from the comfort of home.

Similar to VVC, we will also demonstrate MPEG-H Audio encoding using our MainConcept Content Creation Lab, highlighting the capabilities of this emerging immersive audio standard, giving a sneak peek at what consumer entertainment will sound like in the future.

The MainConcept Content Creation Lab is a simple online tool to evaluate the compatibility and quality of files encoded by MainConcept’s renowned codec technology. Based on the MainConcept FFmpeg Plugins, the intuitive web interface offers real-life and ready-to-use encoding profiles to create compliant streams for various use-cases and workflows, such as Sony XAVC, Panasonic P2 AVC Ultra, TV Broadcast, Hybrid HEVC and xHE-AAC. Uploading a file to our Content Creation Lab will not only allow users to select from many pre-validated broadcast presets and test encoding quality of the MainConcept Codecs but also download the encoded file as well as view the console log and command-line parameters of the corresponding MainConcept plugins for FFmpeg.

Soon we will extend the MainConcept Content Creation Lab by adding VVC video and MPEG-H Audio encoding so that you can get your hands on these exiting next generation codecs yourself. And for users who are interested in both VVC and MPEG-H Audio, there will be an option to multiplex the video and audio elementary streams into an MP4 container. The resulting files can be played back by any compatible software player or hardware already supporting VVC and MPEG-H Audio in MP4.

Talk to us at SET Expo

Want to talk directly to us about these future codecs and the MainConcept portfolio? Then schedule a meeting with us at the Fraunhofer booth. We are looking forward to seeing you there and discussing your needs!

Join us at the IBC Show in Amsterdam!

If you won’t be at SET Expo in August but are heading to the IBC Show in Amsterdam, make sure to visit us in Hall 7 at Booth 7.D12! 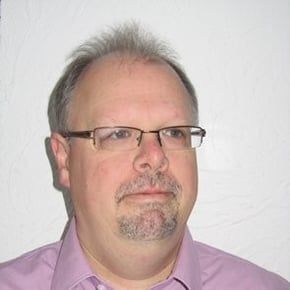 Frank Schönberger has been with MainConcept for two decades focused primarily on product management. With deep knowledge of customer requirements and engineering methodology, he is dedicated to collaborating effectively across Sales, Marketing, Product Management and Engineering to ensure MainConcept brings users the technology they need to achieve their vision. A graduate of RWTH Aachen University, Frank studied languages, teaching, history and politics.

IBC 2022 Retrospective: From Austin to Aachen to Amsterdam

Traveling from Austin to Aachen to Amsterdam for the IBC 2022 Show exposed to me how irrevocably the world has changed—from the ...
Start Reading
Sarah Cook Apr 8, 2022 10:34:27 AM 2 min read