From Aachen to Austin: Digital Video Technology Decoded (and Encoded)

No matter where you are in the modern world, digital video is most likely in every one of your spaces (and if it is not, you are probably carrying it in your pocket by way of a smart phone). What does it take to record, encode, decode, edit and deliver digital video assets and virtual experiences—from live concerts to breaking news stories to sports events as well as surveillance footage and digital medical records? The short answer is a whole lot of talent and technology.

While I’m based in Austin, Texas, our global team is distributed around the world. Many of my colleagues are in Aachen, Germany—where MainConcept® was founded in 1993—while others can be found across the US as well as Japan and our engineering hub in Tomsk, Russia. With decades of experience in the field, our product management, engineering and support teams are extremely knowledgeable and, lucky for me, all quite willing to answer my questions. So, I wanted to take this opportunity to share a bit about what I’ve learned since joining MainConcept (and to spread the joy of a plethora of acronyms).

The beginning of video codec technology

Video used to be stored on magnetic tape as an analog signal. However, in the mid-1970s, DCT (discrete cosine transform) compression was introduced. About 15 years later, multiple companies started experimenting with DCT lossy compression, including heavy hitters such as Toshiba, Hitachi, NTT, and BT. DCT compression was at the heart of the H.261 standard ratified in 1988 (compliments of the ITU or International Telecommunications Union). This paved the way for the many video coding standards that have followed over the past four decades.

Some of these video coding standards have become popular and are still used, while others have faded into history as what we refer to as “legacy codecs.” (And, while those legacy codecs may not seem important, MainConcept maintains the largest codec library in the world to ensure that our customers still have access to them if they need them). In all of this, one thing is crystal clear: the field of codec technology is constantly evolving and will remain as ever-changing as the methods for creating and the devices that deliver the content.

Which codecs are most popular today?

AVC (Advanced Video Coding) is an ideal choice for compatibility with almost any video device or service and provides superior visual quality. It is often used for OTT (over-the-top) streaming and broadcast and AVC is the backbone of video production workflows with formats like XAVC from Sony, AVC Ultra from Panasonic and others.

HEVC (High-Efficiency Video Coding) is also known as MPEG-H Part 2. It provides better compression than AVC and is the next-generation video codec of choice. It is used by many top companies to power their software offerings and is widely deployed across streaming and broadcast use cases.

MPEG (Moving Picture Experts Group) is a joint venture between the ISO (International Organization for Standardization) and the IEC (International Electrotechnical Commission). Their mission is to set standards for various types of media coding, including audio, picture, multimedia and hypermedia information coding. The standards that have come out of the MPEG initiative have wielded significant influence over the past few decades, and they show no signs of slowing down.

What are the driving forces in the future of digital video technology?

There are a number of forces driving the future of codec technology, and high on the list you will find advancements like 8K video, reduced bitrates (over internet and mobile networks), high dynamic range (HDR), low latency and many more. There are also new codecs on the horizon, including AV1 and MPEG’s latest video codec releases: VVC (Versatile Video Coding), EVC (Essential Video Coding) and LC-EVC (Low-Complexity EVC).

8K adoption is sure to skyrocket according to Strategy Analytics, with a likelihood of having 8K TVs in 72 million households by 2025.1 The 8K Association (8KA) is dedicated to evangelizing the benefits of 8K and also helping to clear the path for the transition to it. 8K brings higher image quality to consumers and demands highly performant hardware. This was the topic of MainConcept’s Preparing for 8K Encoding realities for today and tomorrow webinar (featuring guest speakers from Samsung and the 8K Association).

Officially standardized just last year, VVC is quickly gaining momentum in the codec race. It was established by the Joint Video Exploration Team (JVET), and it is the brainchild of the MPEG and VCEG (Video Coding Experts Group), a working group of the ITU Telecommunication Standardization Sector (ITU-T), which is also the parent organization of the aforementioned ITU). VVC is anticipated to become the dominant codec for use cases such as next-generation 4K/8K and beyond as we progress into this decade.

There are a lot of great resources (including Wikipedia.com) where you can learn more about codec technology, and we will continue to provide timely blog posts, videos on demand and product information on our newly relaunched Mainconcept.com website.

Our products use just one Application Programming Interface (API) to make integrating different formats simple and seamless. We also offer a Transcoding SDK to simplify video workflows with automated encoding presets. Most importantly, all that we do is backed by unparalleled Support and Professional Services, so you don’t have to go it alone.

If you have specific questions, email us at marketing@mainconcept.com. We will have one of our experienced codec experts get in touch with you. Who knows—your question might be the inspiration for our next blog post! You can also follow us on LinkedIn and Twitter.

1As reported by on Digital TV Europe: https://www.digitaltveurope.com/2021/04/08/8k-tv-adoption-to-skyrocket/ 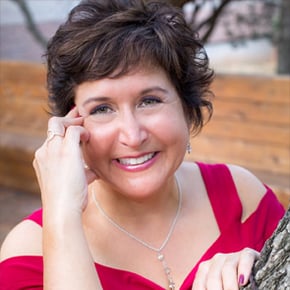 Sarah Cook joined the MainConcept team early in 2021 and brings deep expertise in product marketing, communications, and thought leadership. Sarah has worked for some of the biggest names in technology including Dell and Cisco and holds a B.A. in English Composition with a minor in Music from the University of North Texas. She sings with and serves on the Board of Directors for Panoramic Voices, a 501(c)3 choral collaborative in Austin, TX. When she is not working or singing, you might find her walking, riding her bicycle, or at a Pilates class.

Things have changed a lot since the last Spring NAB Show in Las Vegas in 2019, including Broadcast, Media and Entertainment ...
Start Reading